Lady Krasaviza was bored in the house so she called one of her paypigs and she had fun at his expense. She had him listen to her stores and then she gave him jerk off instructions. He was supposed to carry them out to the letter and she sat back and watched how he did it. The mistress then had him pay for her time before she let him go.

Princess Serena has a bangable ass and she does not mind using it to have fun and to make a little cash. She likes to use it as bait but she never allows anyone to touch it. She just ties them and makes them watch her do naughty things. She makes them have hard ons and then makes them jerk off to her instructions but usually after they have paid for her time handsomely.

This mistress was looking great. She wanted to do it for her paypigs because they had been good boys. She had to treat them because she did not want to only financially humiliate them. She wanted to also have some good memories of her. So she told them fun stories and she made sure the sessions were one on one so that she could concentrate on each one of them.

Princess Kitty was looking gorgeous. She had planned a trip for herself and her friends but she did not want to spend her savings. She decided to make her paypigs fund the trip. She teased them one by one and she had a great time making them give her money for her trip. She promised to come back relaxed and refreshed to have fun with them and that she would come back with lots of memories to share with them. 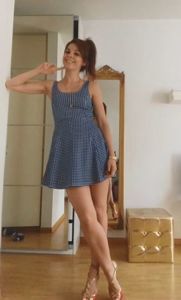 Mistress BlackDiamoond likes to get paid plain and simple. She does not care how it is done. Some of her paypigs do it by cash like this one, some do it by check and others do it by wiring money to her account. This loser had delayed in giving her the money and she was pissed. When he finally brought it, she kicked him on the face as punishment for delaying.